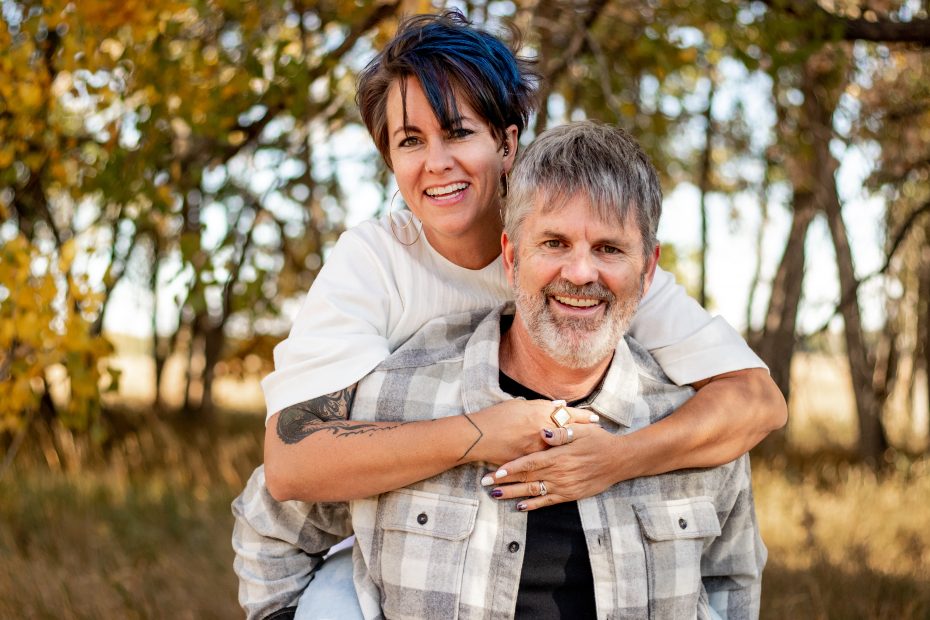 Seth and I grew up in churches. I grew up in a VERY strict religious church. Seth grew up Presbyterian. We have journeyed far from those days. If you have met us, you know this already. Early on, we both felt connected to God and have both desired to serve Him for all of our years. We have done this in a variety of ways.

When we were in high school we were part of an honor choir called Spirit and Truth, where we travelled on spring break and weekends to local churches, detention centers, parks, etc. to minister the love of the Father with people. Seth went to college to study psychology after graduating high school and realized quickly this was not where he wanted to be. I graduated a year later and knew I was going to Bible School. We each made our plans separately and still ended up at the same Bible School. We got married after our first year there. After graduation from Bible School, we youth pastored in Eastern Colorado for a few years and then moved back to our home town of Greeley to build In Motion Ministries – a non-profit missions agency.

And then… things got interesting. How? We both experienced a massive shift in our belief system, in our personal lives and in our relationship with God. It was as though we had been re-born into a beautiful new understanding of God and His heart for us. This happened in a few ways. There was one night we were at a ministers retreat and it was the first moment I truly FELT “born again” after hearing a message on Galatians. That was my first taste of something different from what religion had always taught me. Seth’s first taste happened a little bit at that meeting, but for him the biggest shift happened when he read The Gospel of Peace by Dr. James B. Richards. Alongside the ministers retreat and the book, I also gained a friend who really helped me find freedom in my walk with Father God. Both Seth and I found deep understanding of relationship and grace during that season.

Love changes everything. And it was in this season we both really began to understand the character of God, His heart towards us, and what scripture means when it says, “…It was for freedom that Christ set us free…” We began to FEEL and taste that freedom in such deep and personal ways. We both gained such a love for God that we simply could not have when we were coming from a place of religion.

Continuing forward we worked diligently to put truths (that had been there all along, but we were just now really seeing) into our hearts, souls, and minds. It takes time to re-establish identity when it is so vastly different from anything you have understood before.

It was also during the years that followed we experienced more “life” than we ever expected. There was loss, death, failure, success with a price, changes and shifts that affected the core of both of us. Think: death of CLOSE friends, bankruptcy, some big meltdowns, and … like all of you … a pandemic.

I often wonder where we would be if we had not understood so deeply Father’s heart for us! We would be a hot mess! I have no doubt. Honestly, I don’t know that I would even be on earth anymore. So, thank GOD, for His word, His servants, His people who gave so well to us!

Now – we feel as though we have come to another whole new place! We have sought Father’s heart for the next steps and He has said (in Saundra’s words): Do what you want, I’ll join you, it’ll be fun! (smile.) We have searched and prayed and contemplated MUCH! And our steps going forward are our deep desires coming out. We WANT to impact our community, people’s lives, and, most of all, peoples’ relationships with Jesus! We want to see people experience a taste of freedom and love and fun that we have experienced. It is our heart to disciple people in the finished work of Jesus – to live differently from the rest of the world. We hope to build a community of people who LOVE Jesus, each other and fun!

We welcome you to join us!!! Open Fields Church is a place of Jesus, Community, and Fun. These all hold deep places in our hearts to pass on, to encourage, to fully embrace all that was purchased for us at the death, burial and resurrection of Christ.

This site uses Akismet to reduce spam. Learn how your comment data is processed.