Back to Basics: the Christian Story 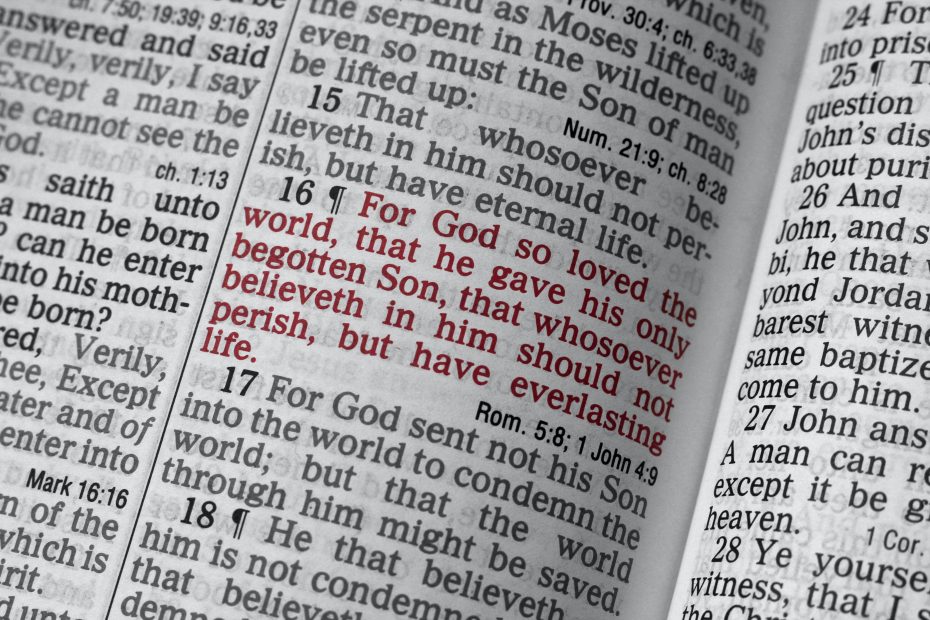 The entire history of God and man is very simple and easy to understand if we start from the beginning and interpret all Scripture from what Jesus revealed.

More than anything else, we must know that God is love and His every action is motivated by love.

God created man in His own likeness and image making us the only species in creation capable of receiving and giving His quality of love (Genesis 1:26-27). God did not create man because He needed servants or soldiers; He had the angels to do His bidding. He created man because He wanted a family. Our ultimate goal is to enjoy this life God gave us and abide as His family.

In the beginning God put man in a Garden where all his needs were met (Genesis 1:28-31). His primary purpose was to enjoy, appreciate and know that all these resources were a gift from his Father and Creator. God’s will was perfectly fulfilled in planet Earth before man brought sin into the world. There was no sickness, lack, fear or negative experiences of any kind.

In order to experience God’s love we were created in His likeness and image. God crowned man with glory and honor (i.e. dignity and worth) and from this sense of identity and self-worth man ruled planet Earth.

When man believed the lie that he was not really like God he rebelled against God as his Lord (Genesis 3:4-7). Man didn’t reject God as the Creator, but rejected Him as Lord, the One He would trust and follow, the One from whom he would receive his identity.

When man rebelled, he introduced sin and fear into the world (Genesis 3:22). In the heart sin was manifested in unbelief. Man no longer believed he was who God said he was and unbelief produced fear. Man stopped trusting God which led to disobedience.

God is righteous and just and His justice required that sin be punished. But He didn’t create man to punish, He created him to love; yet, justice had to be satisfied (Psalm 145:17, Romans 6:23).

Since man brought sin into the world, only man could take sin out of the world; therefore, Jesus was born of a virgin as a man (Matthew 1:18-25; Romans 5:12). He lived a sinless life and at the end of His life He was crucified. While on that cross God made Him to become our sin. Then He suffered all the wrath that we deserved so we would never have to face wrath. He died, went to Hades and was held in death by our sins. But He trusted what God had said about Him. He believed He was who God said He was and that God’s promises to Him were sure; therefore, God raised Him from the dead conquering the power of sin and death (John 11:25).

Jesus ascended into Heaven and totally conquered Satan and cast him out of Heaven. Then He purged the heavenly temple which will one day come to earth. He sat down at the right hand of God and received an inheritance which He offers to share freely with us.

Salvation comes to us because we believe the truth about Jesus’ death, burial and resurrection (John 20:31). We believe that He suffered all the penalties we should suffer; therefore, no curses of the law are allowed on us. Since He conquered Satan we will never have to fight him because we are more than conquerors. Because He received all the promises of God as His inheritance all those promises are ours.

If we believe the truth about His resurrection we must then confess Him as our Lord. Because of what He did for us we can trust Him. As Lord, we accept His interpretation and application of God’s Word. As Lord, we will trust and follow Him and His lifestyle all the days of our life. As Lord, we know He paid the price for our salvation.

If you’ve never surrendered to Jesus as Lord, now is a good time to pray this simple prayer and mean it!

Jesus, I believe You became a man, lived a sinless life and at the end of Your life You were crucified. On that cross You became my sin and suffered the penalty I deserve; therefore, I will never suffer that penalty. You were separated from God; therefore, I will never be separated from God. You died and went to Hades so I will never go to Hades and I will never taste death; I will pass from here to Your presence. You used Your faith to conquer death so I will never have to fight that battle. You completely conquered the devil and I will never have to fight him. You received an inheritance from God and I share in Your inheritance. Today, I call You my Lord. I will follow You. I will interpret and apply God’s Word as You taught and lived it. Thank You that my sins are forgiven. Thank You for eternal life.

What now? We recommend that you contact us at OFC or perhaps come to one of our church services. We will celebrate your new life with you and help guide you on your new journey. Welcome to the Family!

This site uses Akismet to reduce spam. Learn how your comment data is processed.